The permalink for this page is https://buymymojo.net/linux/proton-and-linux, keep that in your bookmarks if you want to check back on this post later!

So first of all I do use nvidia GPUs for a few reasons, DLSS and NVENC being a couple so here is a quick guide on how to use DLSS on linux:

To run steam Proton games with dlss you just need to add a couple of launch options:

For DX11 games (Also use with DX12 if you’re having issues):

To run Lutris games with dlss it is a very simple toggle!

I had an issue where Cyberpunk 2077 wouldnt let me enable dlss after this feature was added, if you have an issue where you ran the game without DLSS enabled and now it wont let you enable it at all then this might fix it for you;

Having a good FPS overlay is always a useful tool. 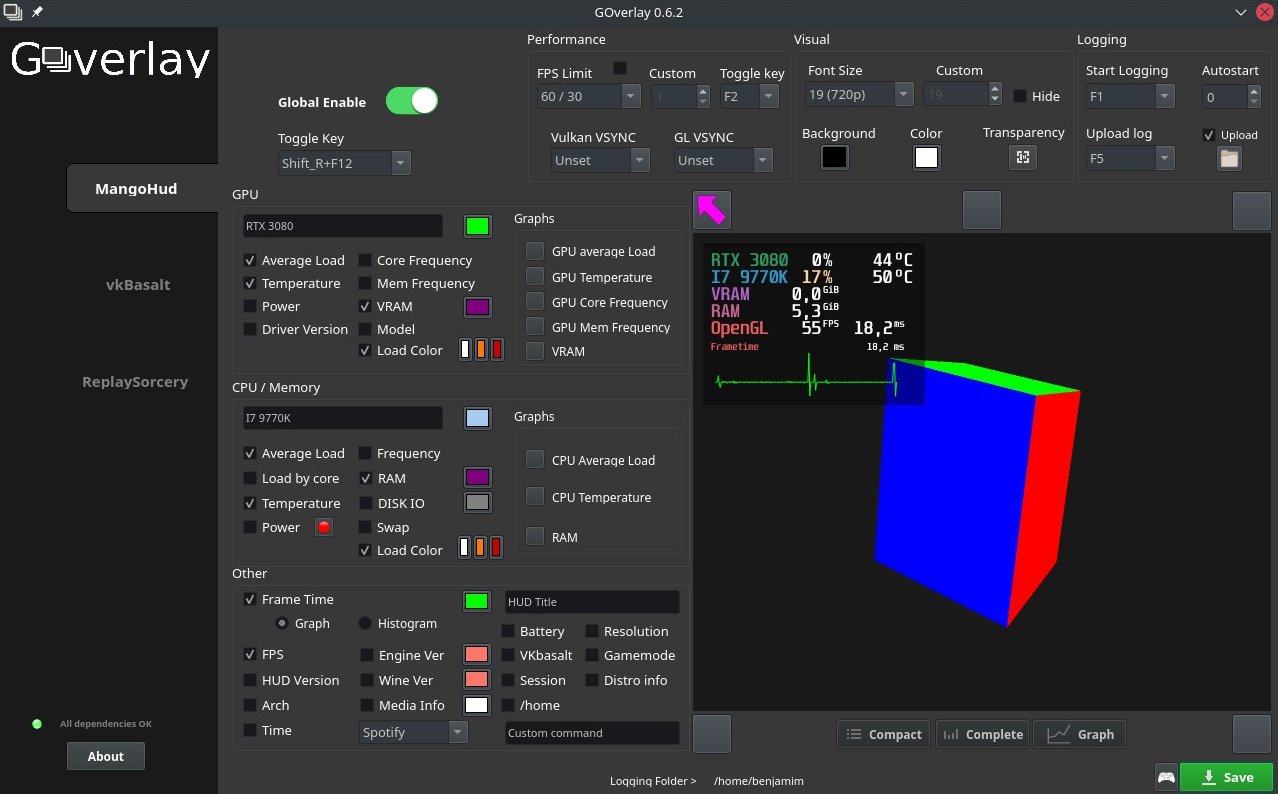 While a lot of games run with equal to or greater then windows performance now there are always some optimisations to make the experince more smooth. Hopefully in the future devs will provide presets for these on linux with the launch of the steam deck

I did say that I run an Nvidia card so this will be my starting point.

There arent any dedicated Intel GPUs in the wild for gaming yet, silly.

I will update this section when we get some actual information about them!

These are some optimisations that work on all GPU providers


Credits:
GamingOnLinux; I found the DX11 and DX12 steam launch options here
ProtonDB; got some optimisation tips from their Performance page